The Route Two is an 8HP dual switch Eurorack module with each side made up of two switches normalised as a Single Pole Double Throw (SPDT) switch. The switches are bi-directional meaning they can be used to switch signals in either direction.

The panel for this module is double sided so can be fitted either way up. For the purpose of this manual we will assume the panel is fitted with the controls at the bottom and switches at the top. If you’ve fitted the panel the other way round please rotate this manual 180 degrees to read!!

Both channels of the module are identical so for most of this description we’ll just talk about a single channel.

The connectors below the switches are for Gate Output and Clock Input.

The Gate Output differs depending on which mode the channel is in. In momentary mode it’s high when the Clock Input is high or the Pushbutton is pressed. In Latching mode it goes to a ‘divide by two’ mode – going high on the first clock signal or button press and low on the next.

The Clock Input is comparator based meaning it will operate with any signal that crosses the switching threshold. This means that as well as gates and triggers, bipolar signals from LFO’s and oscillators along with signals such as envelopes can also be used as long as they have a high enough amplitude. The threshold voltage is approximately 1.5 volts and the maximum frequency the module will switch at is approximately 3kHz.

Normalising one channel to the other

As the module can be used either way up with the reversible channel, it’s up to you which channel is normalised to which – or if you even want any normalisation at all 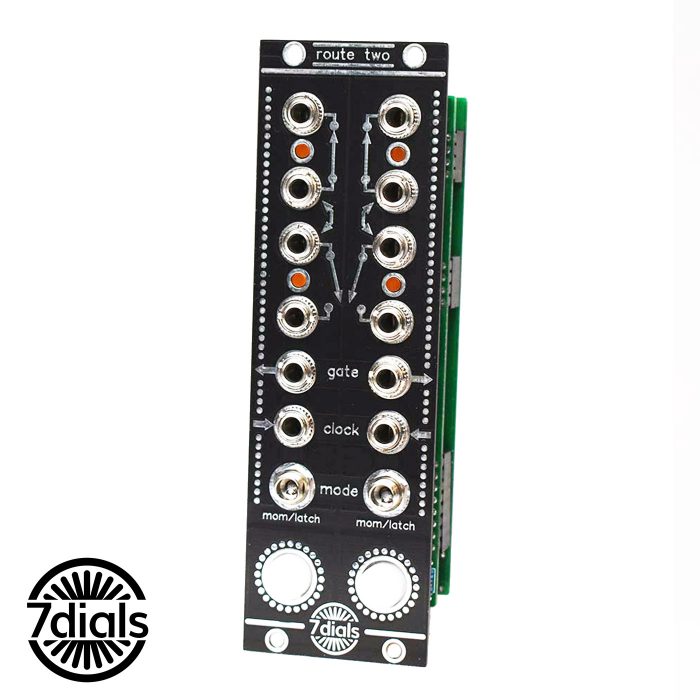