The concept behind this module is to Merge the guitar pedals and the modular synths together. “The idea stemmed from the fact that we wanted to use our pedals in conjunction with our ever growing eurorack rigs.” Merge allows users to utilize different parts of your signal than just the sound. It extracts amplitude information and generates control voltages that can be used in conjunction with other modules and eurorack level equipment. With an instrument input, FX loop (each with their own independent level control), and an envelope follower this module opens the stargate to new and unexplored sonic territory.

The Wired Heart is perfect for the DIY curious, it

The ThreeTom "Steve's MS-22" is a very tasty Korg

The Music Thing Modular MINI DRIVE is flying off t 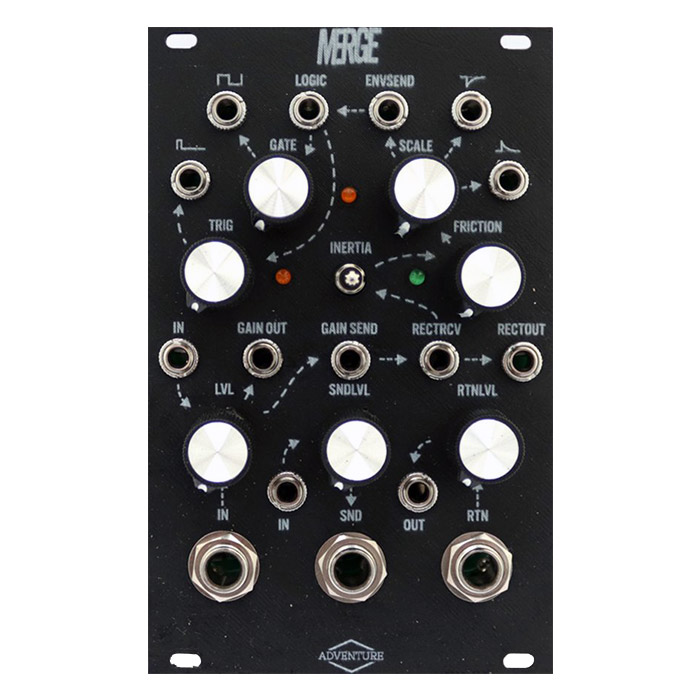