The AI008 Matrix Mixer is a 4 in, 4 out matrix mixer; with 3 individual outputs (A, B & C) plus an additional summed output A+B+C. The AI008 is a flexible way to route audio or cv signals from multiple sources to different destinations.

There are twelve potentiometers, with each potentiometer controlling the amount for each given input (1-4) being sent to a given output (A-C).

Each input can be routed and mixed to any output, allowing for oscillators to be mixed to different outputs, feedback based “no-input” patches, oscillator feedback manipulation, and the creation of mixed cv and gate sequences. A common usage for the AI008 could be as an effects send, with one or more inputs, and one or more effect inputs and outputs. Using the AI008 Matrix Mixer in this way, inputs can be sent to multiple effects, and the effects can be sent to each other, and even back into themselves, expanding the depth of the effects.

The mixer is buffered and DC coupled, so that it can be used to mix both Audio and CV signals to multiple outputs, or at the combined output.

Run effects back into themselves. Feedback an oscillators waveform into it’s PWM. Create interesting sequences by distributing CV. 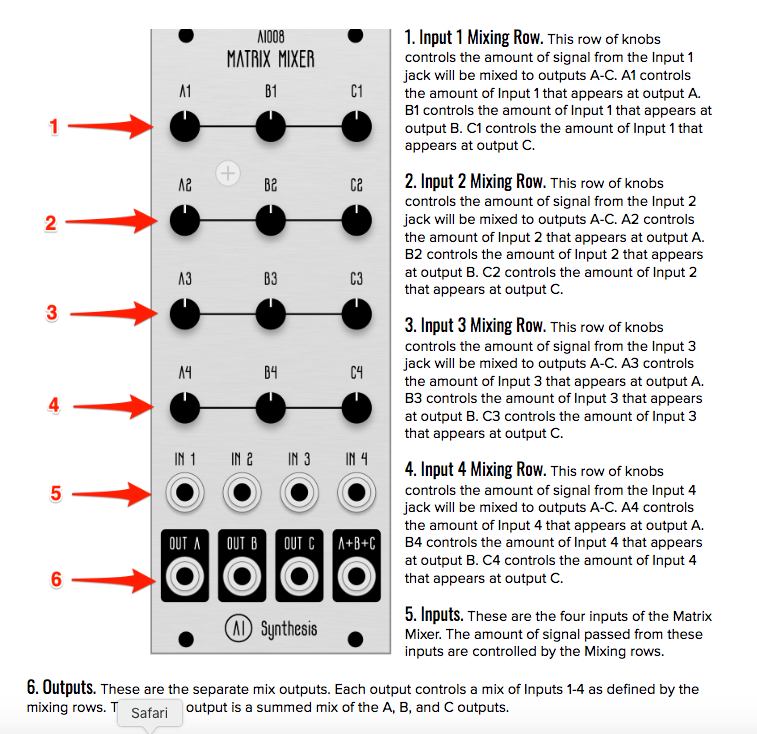 Join us in our Brighton office! We're looking for

This is advance warning of two periods where Thonk

We've been shipping to the US & Canada for a bit n 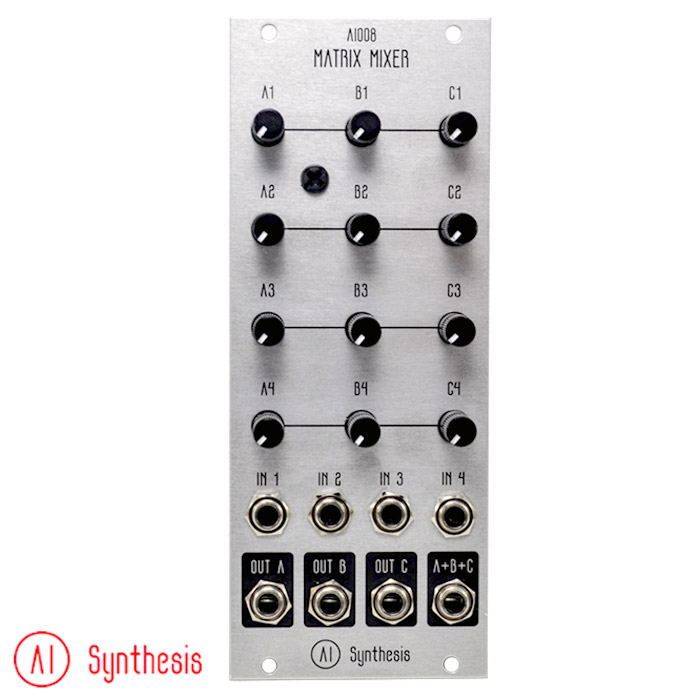