Note: this is a Panel & PCB set only – for Full Kit go HERE

Sometimes the interaction between a modular system and other musical instruments (electronic or acoustic) is needed. With an envelope follower circuit we can achieve a direct control of the amplitude of the signal.
It will produce a control voltage proportional to the amplitude. Allowing a real communication between our system and the external sound source.

Instrument Interface is an eurorack pre-amp capable to bring any type of audio signal to modular levels thanks to its amplification circuit.
The module can drive regular and condenser microphones (+48V Phantom Powered) as well as Instrument and Line signals with a very low distortion ratio.
Going further from the regular re-amp operation, Instrument Interface offers some additional extra functions like a Trig/Gate extractor and Envelope Follower circuits, allowing you to use the character of your audio signal in more creative ways

The Wired Heart is perfect for the DIY curious, it

The ThreeTom "Steve's MS-22" is a very tasty Korg

The Music Thing Modular MINI DRIVE is flying off t 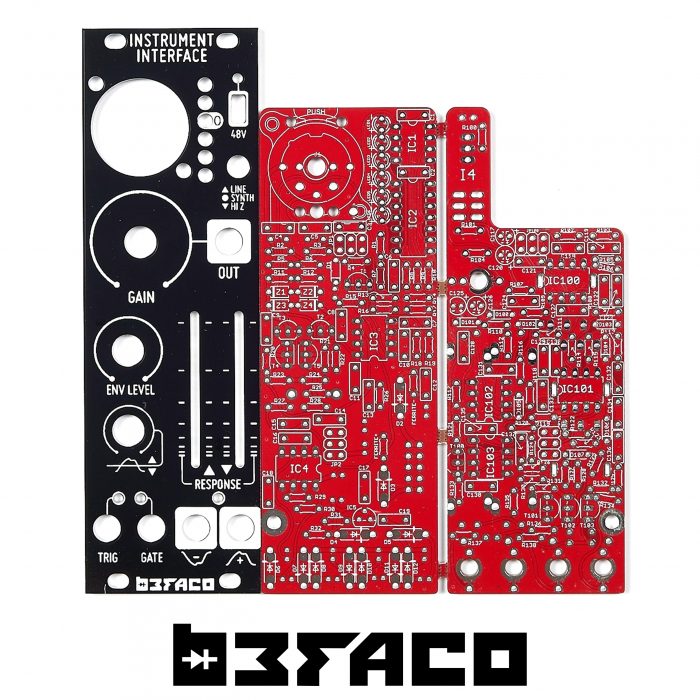