8-Step Gate Expanders for Muxlicer! You can daisychain multiple MEX modules on a single Muxlicer module.

The Befaco MEX is a new gate expander for the Muxlicer sequencer. The MEX adds an extra line of gates to Muxlicer’s sequence, where you can choose to turn off steps, output the same number of gates as muxlicer, or send just a single gate per sequence. This might seem like a very simple concept, but it’s one that provides great flexibilty, especially because you can daisy chain multiple MEX modules to the Muxslicer.

Note: This module does not work on it’s own, it need to be connected to a Muxlicer to function. 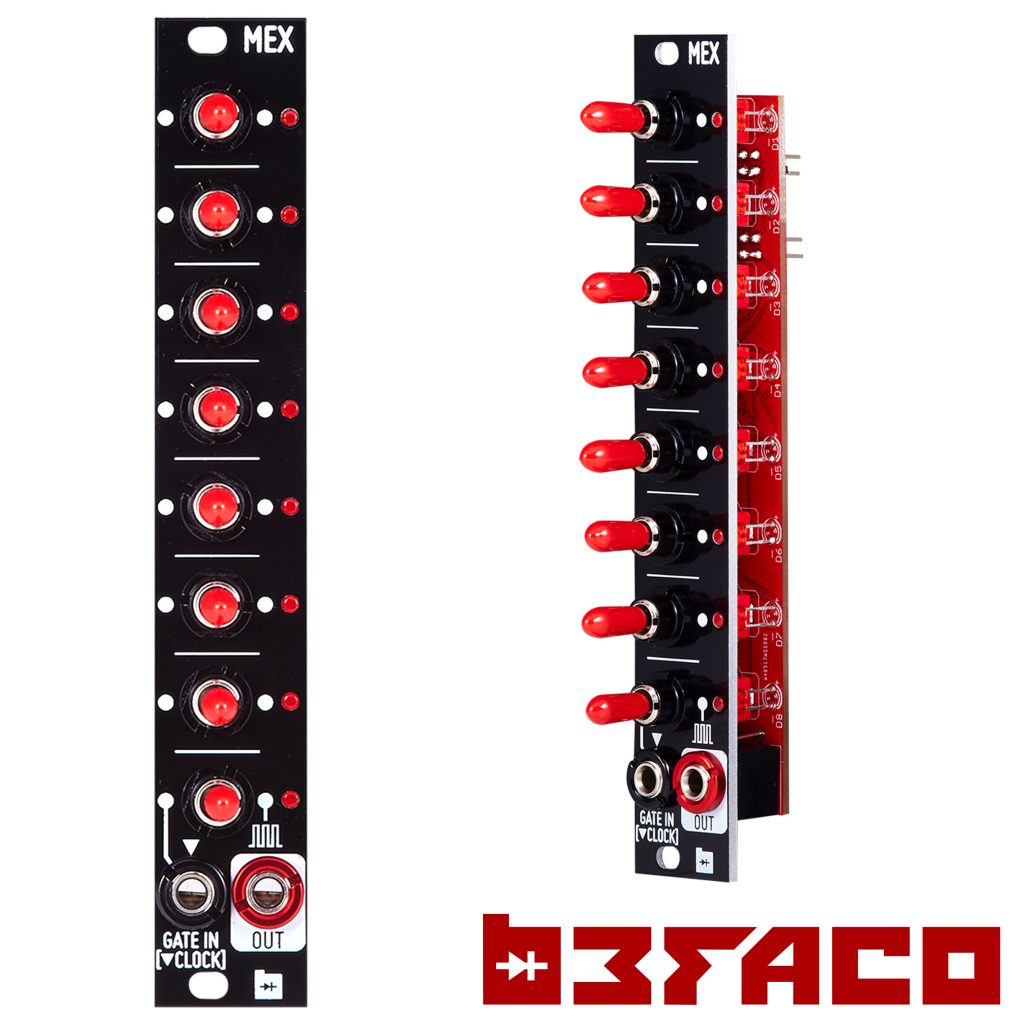 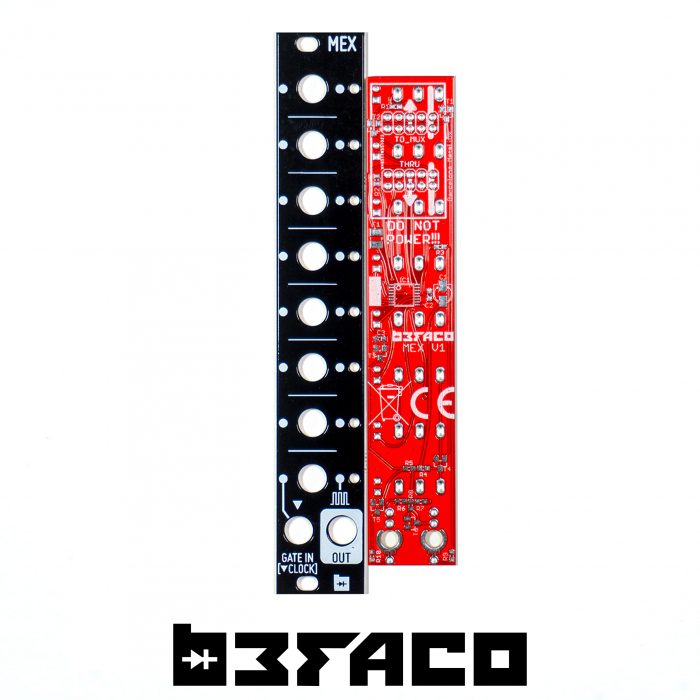