The LOOPING VCADSR is a 4-stage envelope generator that uses a Microcontroller to generate a Voltage Controllable, Loop-able Envelope. The individual parts of the Envelope (Attack, Decay, Sustain, Release and Level) can all be individually controlled via CV.

This module has 3 MODES of operation:

When the envelope is looping, all 5 controls affect the output. Attack and Decay operate, as one would expect. The Sustain control sets the minimum voltage the decay part of the envelope will decay to. The Release sets a release time from the end of the Sustain period to the beginning of the next cycle. When the Sustain is set to 0 you can use the Release control to add a delay between the Attack and Decay cycles. 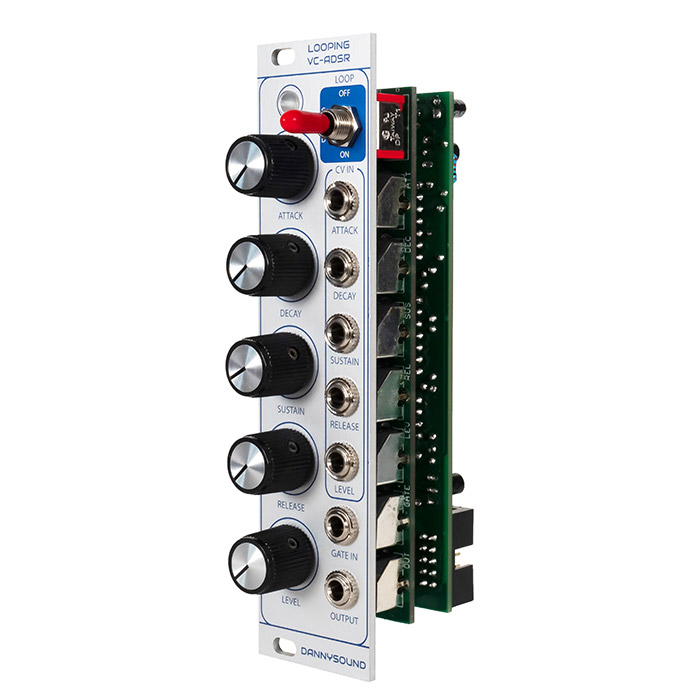 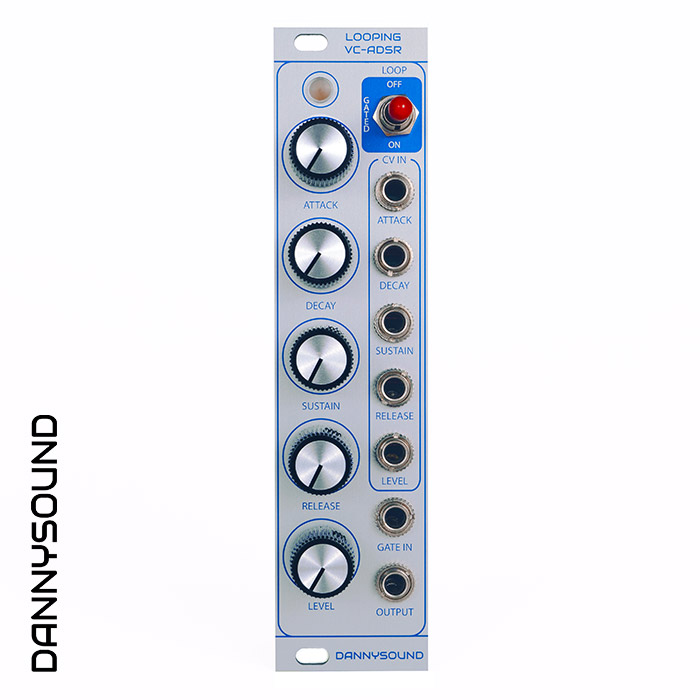