This is a DIY kit to build a battery simulator which will allow you to power your Future Sound Systems – Brunswick or Portland from a  DC Wallwart or Eurorack Power.

Note that the Brunswick is too tall to mount in a Eurorack system.

The Future Sound Systems Battery Simulator BS9V converts 12VDC (13.2VDC maximum) into bipolar 9VDC to power the Brunswick or Portland kit synthesisers. It can be powered with either a 12VDC universal adapter, from a standard Eurorack power cable, or indeed any 12VDC source via the two terminal bare wire connector. However, only make use of one of these inputs at a time.

If you connect power to the BS9V, and the status LEDs do not illuminate, remove power immediately and check the polarity of your supply. The protection diodes will afford you some time to work out what is amiss. You can use the two terminal bare wire connector and two pieces or wire to share one 12VDC wall adapter between multiple BS9Vs, again taking care to preserve the correct polarity between the units. One 1000mA, 12VDC supply should be able to power up to four BS9Vs without trouble.

There is also a three terminal bare wire connector. These terminals allow you to make use of the output of the BS9V, for instance to power a breadboard project. Take care when using these terminals – whilst the outputs are protected to some extent, we can’t guarantee it won’t be damaged by shorting or overloading. The BS9V is capable of supplying about 45mA per rail at its output, which is plenty for Brunswick and Portland, but take care not to demand too much power from it. 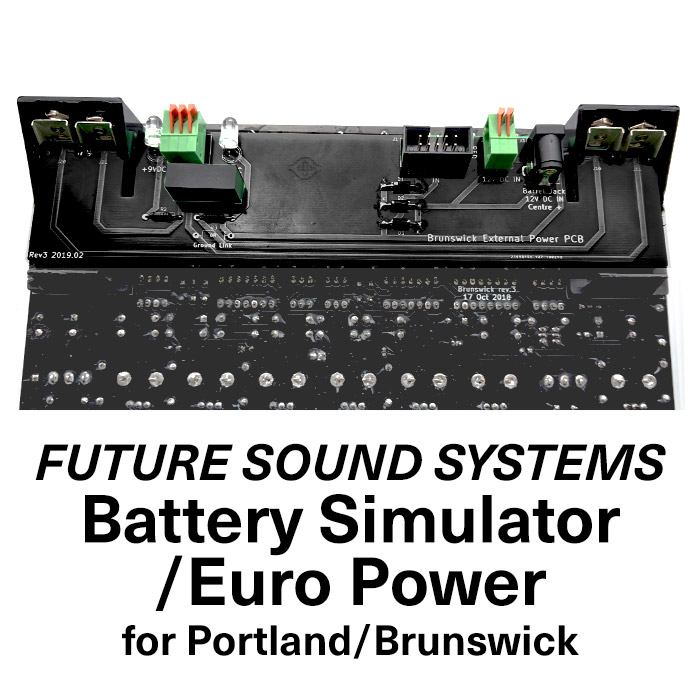