The Kassutronics Quantiser is a two cannel pitch quantiser in 10HP Eurorack format. This module has completely flexible scales and a number of clever functions in its design. The active notes are defined by 12 illuminated push buttons that can be toggled on and off individually. This allows any custom scale to be programmed, or even just a subset of a scale. Simply enabling only 3 or 4 notes will often give more useful results than a traditional 7-tone scale.

Instead of using the traditional piano keyboard layout, this quantiser uses a circular layout of the scale buttons that is comparable to the concept of bracelets. This layout can be more intuitive compared to the piano keyboard – for example transposing the scale is just rotating the notes on the ring. On the front panel layout there are shaded regions around some buttons to indicate the black keys on the piano keyboard for reference.

Below the scale buttons are function buttons, including two buttons to rotate the scale clockwise or counterclockwise, allowing one to easily change the key. Using the shift button in combination with the scale buttons allows more advanced options to be changed, such as different variations on transposing one or both channels. The operation of all functions is explained in detail in the user manual.

Each of the two quantiser channels has a gate output which go high whenever a new note is quantised, and can be used for example to trigger envelopes. Finally, each channel has a Trig input, which can optionally be used to trigger the quantisation at desired times. When nothing is connected to the Trig input, the quantiser goes to a new note whenever the input voltage changes to the next note.

Finally there are two assignable CV inputs A and B. The CV inputs can be assigned to almost all functions, such as changing key, transposing one or both channels, adjusting gate length or even loading a completely different scale from memory.

This panel & PCB set includes a pre-programmed microcontroller chip. The build involves a few 0805 and SOIC-size SMD components, but is mostly through-hole. 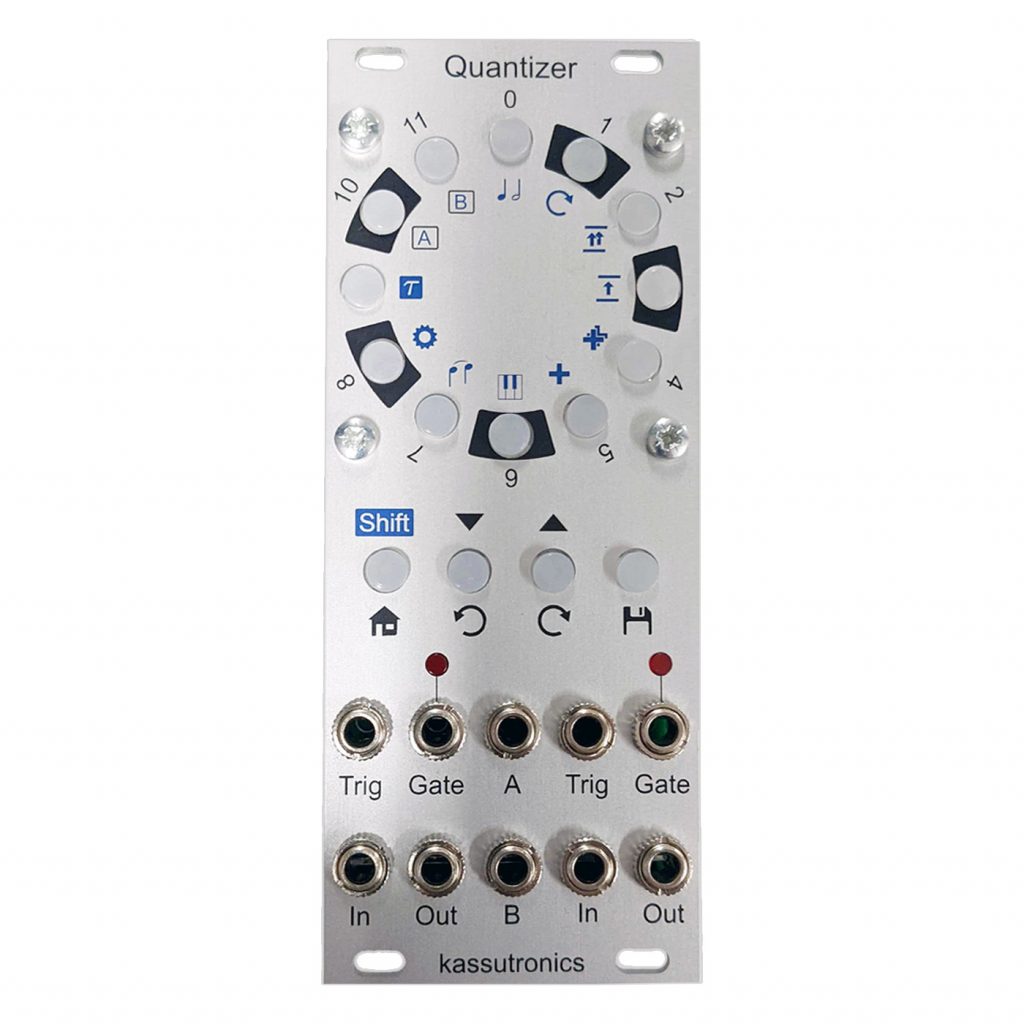 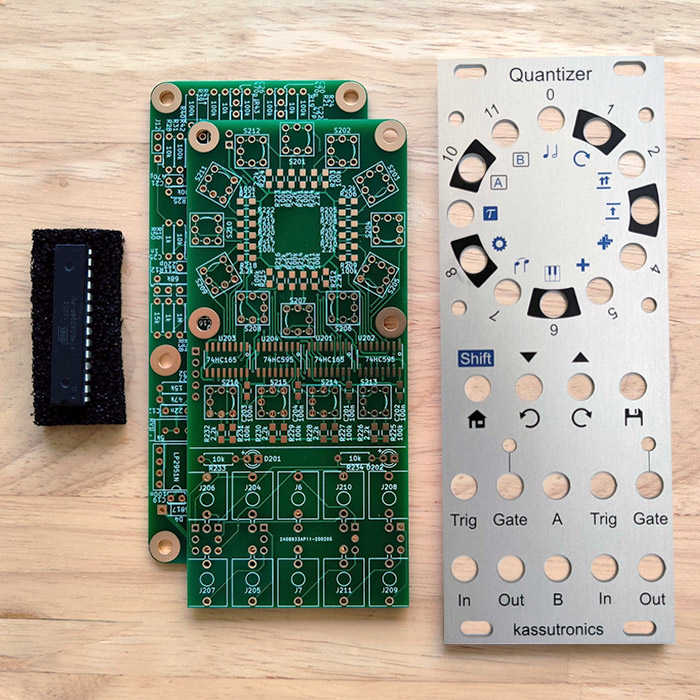