Note: this is is  a partial kit only, see details of what’s included below. For full kit go HERE

Ornament and Crime – Polymorphic cv generator is one of the most versatile cv generator / processor modules for Eurorack. The Plum Audio OCP is an updated hardware revision which adds some new features and also converts the build into a completely through-hole kit (small number of SMD parts are already pre-soldered).

Ornament and Crime can load dozens of different apps for many uses, including quantisers, sequencers, LFOs, random/chaotic CV generators, and more. These apps are selectable on-the-fly, without having to reboot the module or toggle the power. There are two firmware versions available: Official firmware and Hemisphere suite, The firmware details can be found here.

This is a partial kit only – which includes:

OCP is slightly different from other Ornament and Crime versions,  a few improvements are added including: 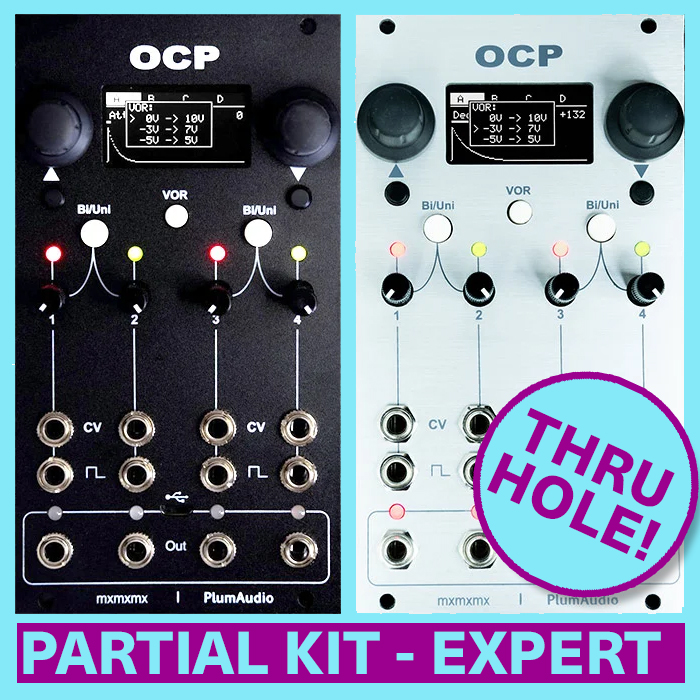