Updated version of Ornament and Crime

New SMD pre-soldered version – the OCP kit is now a much easier build!

Ornament and Crime can load dozens of different apps for many uses, including quantisers, sequencers, LFOs, random/chaotic CV generators, and more. These apps are selectable on-the-fly, without having to reboot the module or toggle the power. There are two firmware versions available: Official firmware and Hemisphere suite, OCP kits comes pre loaded with the official firmware but it is an easy task to switch between firmware versions if you wish, more details here.

New in this OCP version: Hardware support for VOR or NON VOR firmwares, you can choose to disable the VOR and use with any firmware. This setting can be changed later by moving jumper on the back of the module (recalibration is required). When working in NON VOR mode the VOR button on the panel is disabled 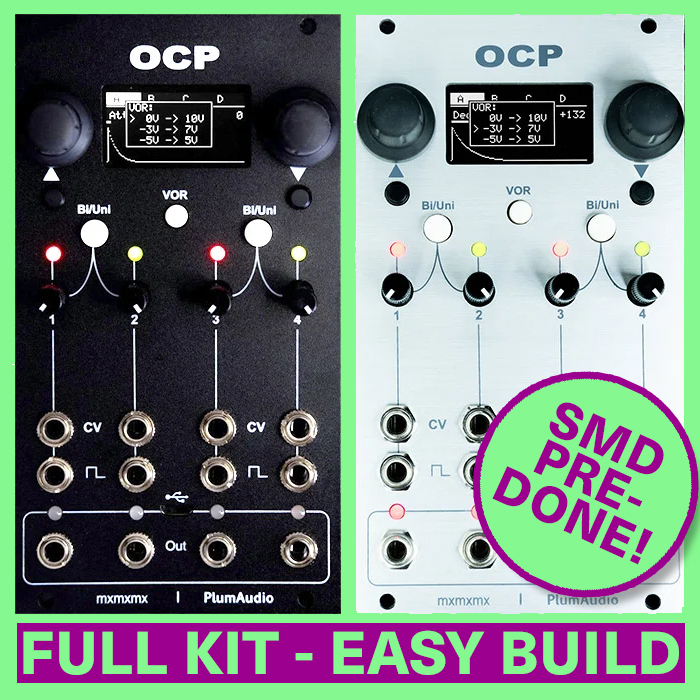