The SetonixSynth Macropod is a Eurorack Variable Bandwidth VCF based around the AS3350 dual filter IC chip. Along with extensive control of this somewhat rare filter topology, the Macropod comes loaded with several features previously excluded from the two best-known filters of this type (the Serge VCF2 and Buchla 291): Resonance control, onboard Notch output, and a “squared-off” distorted output. Truly, the Macropod can sit alongside these legendary filters and not just replicate the functionality, but go one step further! 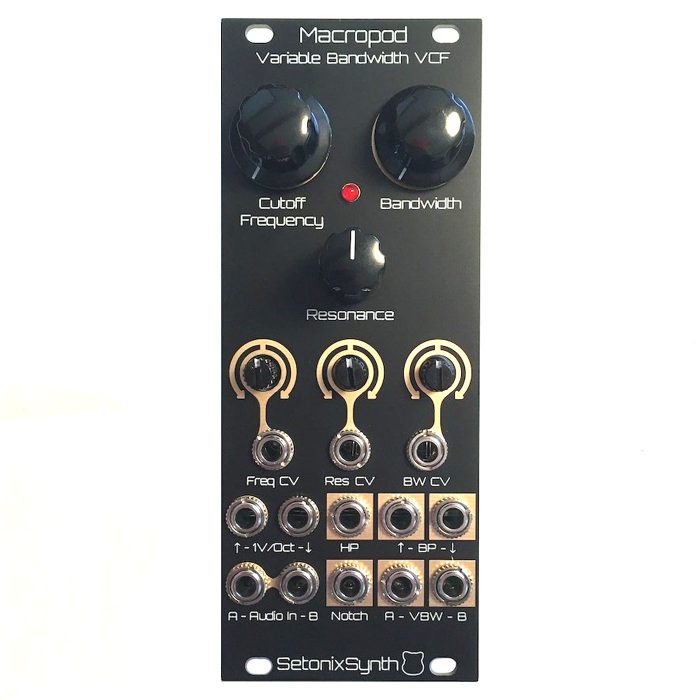