Trident is the result of a long and in-depth research by skull & circuits, with the goal of creating the perfect Eurorack distortion/saturation module. The fruits of this became Trident – a multi-band saturation/distortion circuit, especially designed for Eurorack. This model offers a novel soft clipping circuit for each of its 3 bands with drive and attenuation for each band. Send and returns after the band splitter allow for extra creative patching. With possible uses including 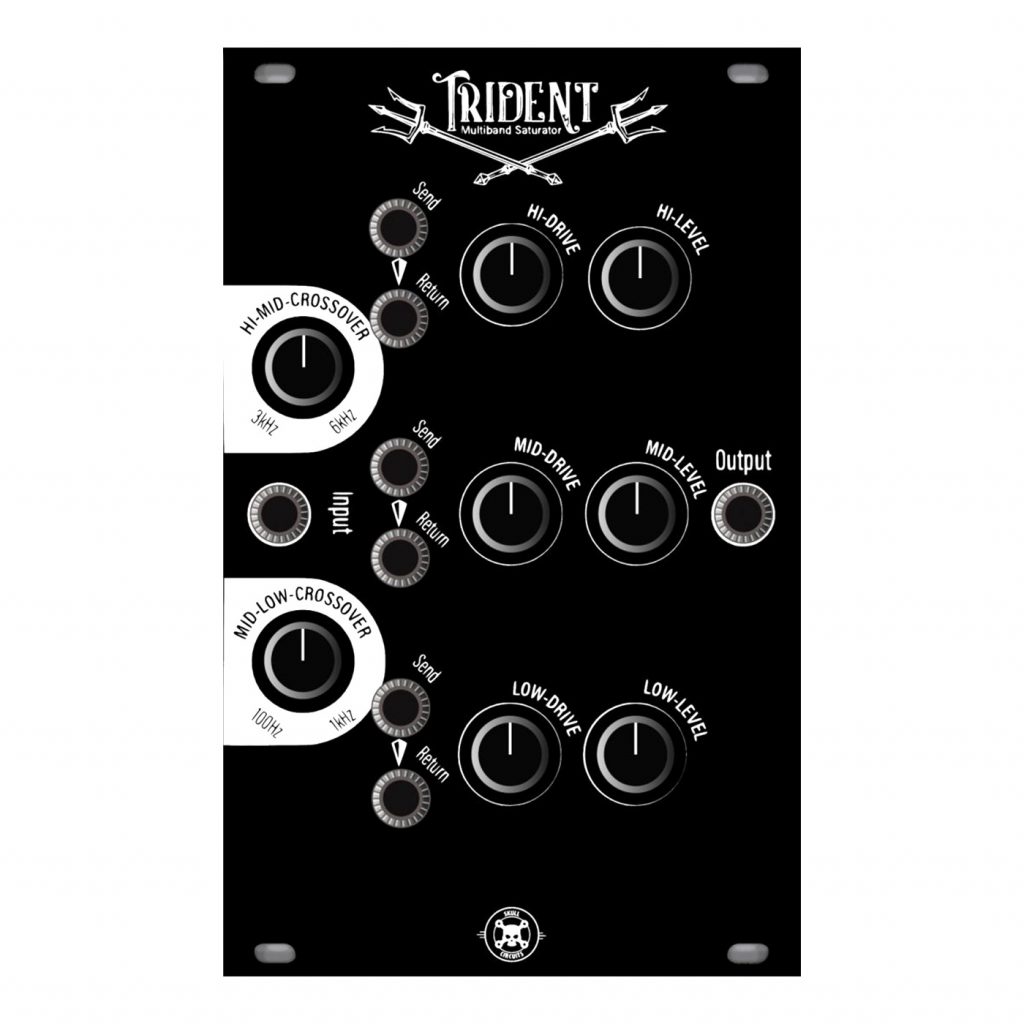 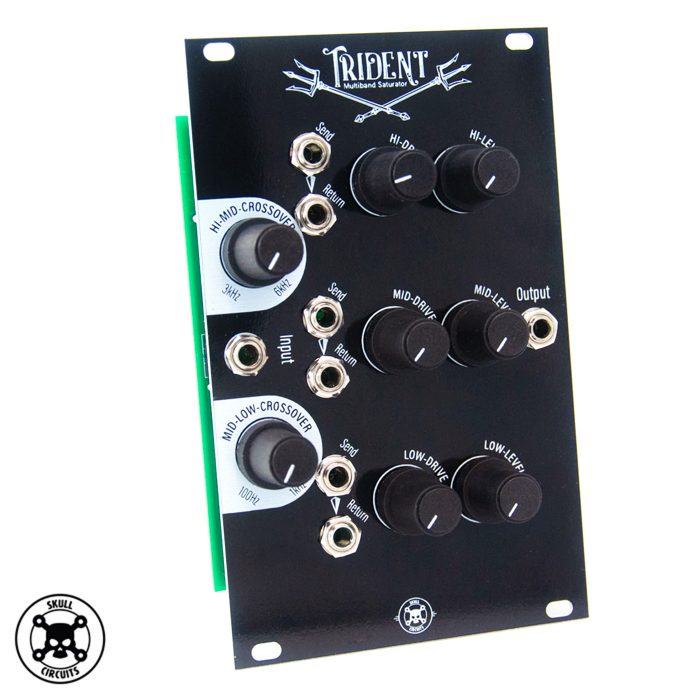