Aeolus Mixer from Shakmat is a Eurorack quadraphonic mixer that brings together quadraphonic, stereo, and mono signals into one place. It’s perfect for installations, concerts, and 5.1 surround sound applications.

Aeolus Mixer features four primary and two secondary outputs. Center is a mix of channels 1 and 2, otherwise known as the front channels, while the sum is a mix of all four channels. An included 5.1 switch compensates the gain on channels 1 and 2 to keep the volume equal between the front and rear. Four headers on the rear of the module provide a way to reduce the output gain by 6dB for each of the four primary outputs.

Eurorack has barely scratched the surface of the possibilities of quadraphonic spacializing. This module is a simple and elegant solution for panning and mixing signals in a four-axis space. 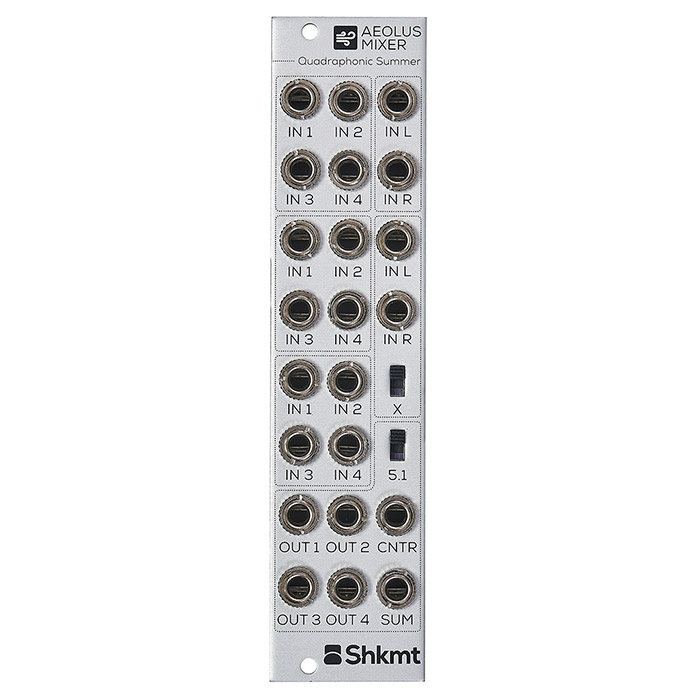 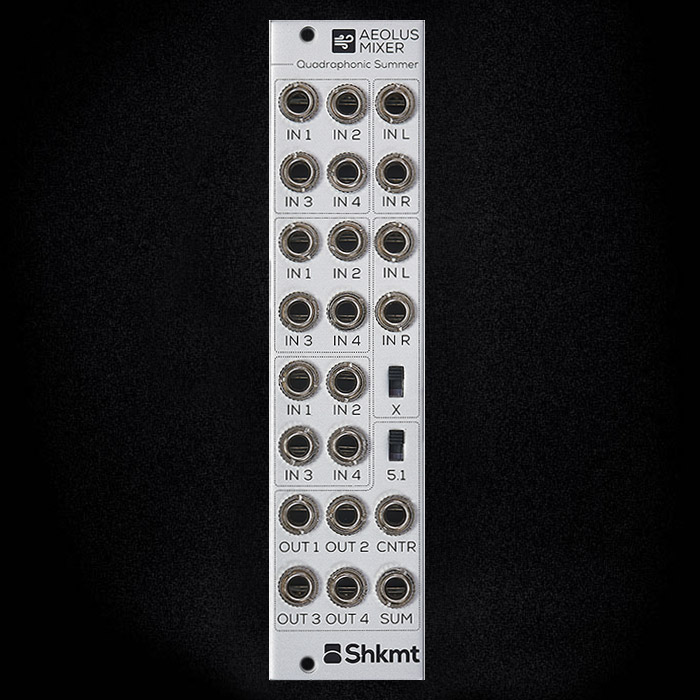