A wavefolder converts simple signals into richer and more dynamically changing ones. In contrast to a filter, wavefolding adds harmonic content to the waveform. It works by amplifying the waveform until it begins to saturate, then rather than clipping, the waveform gets folded back in on itself.

Each of the module’s two channels has a unique wavefolding profile. At each input there are two CV inputs for controlling the level of waveshaping including one that passes through an attenuverter. 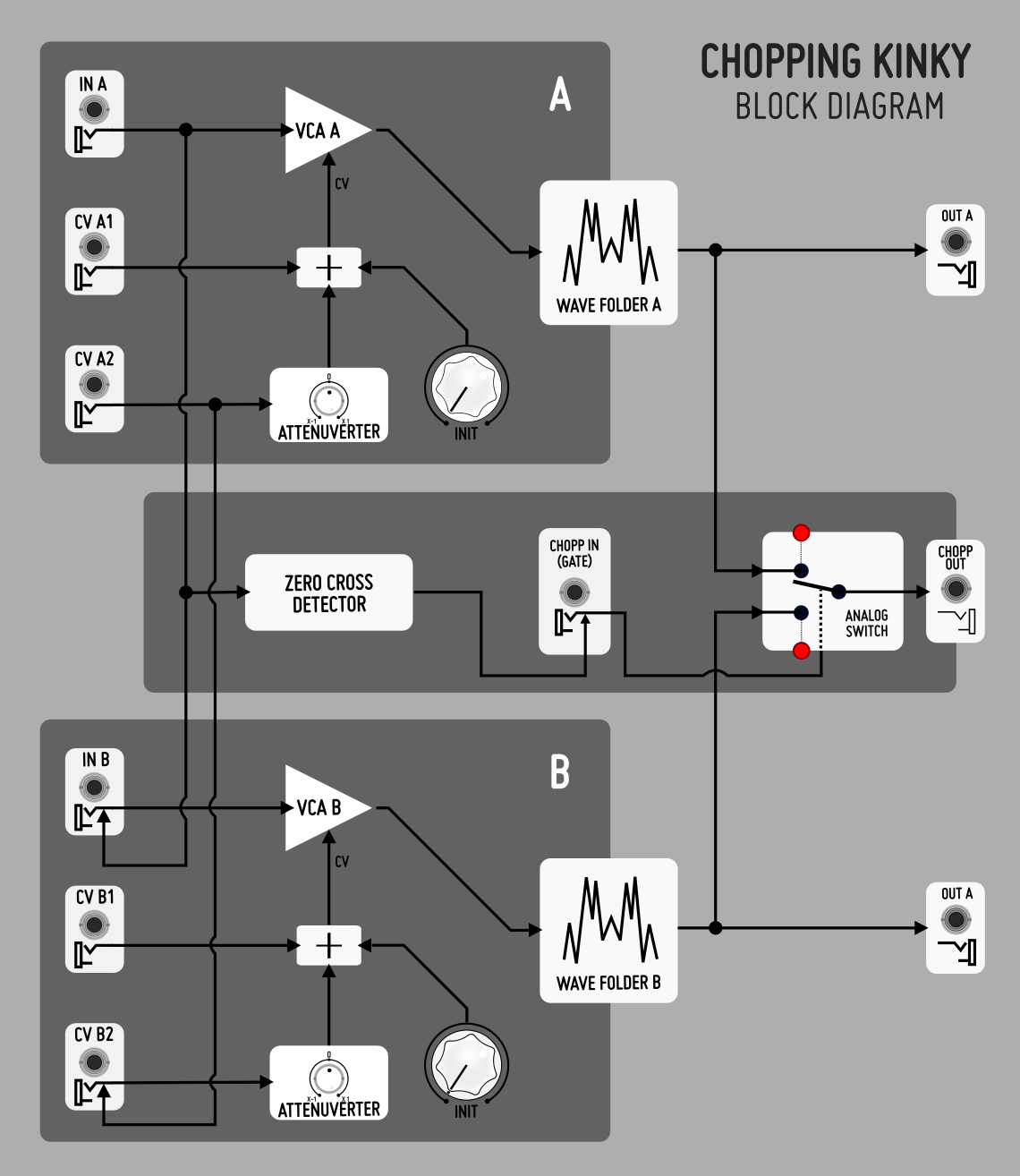 The CHOPPING KINKY is DC coupled allowing it to be used for both CV and audio duties; to generate harmonics on an audio signal or kinking LFOs and envelopes. 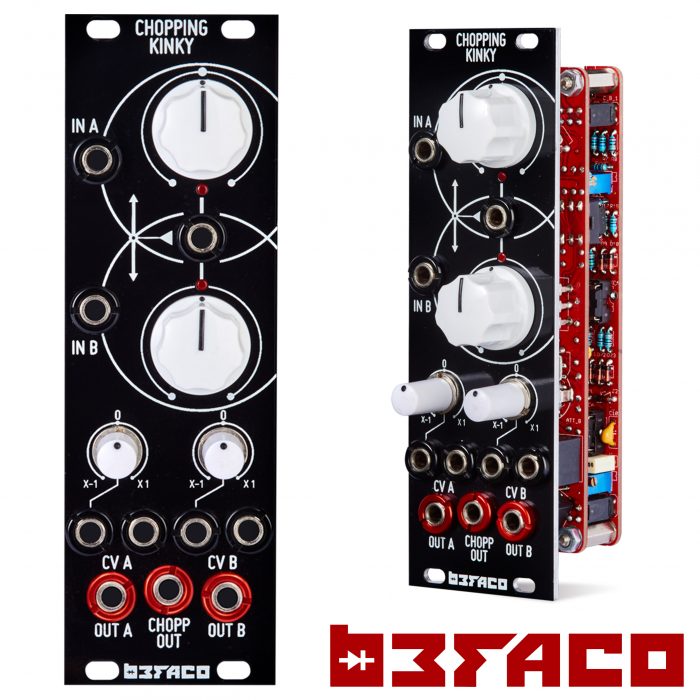