A versatile instrument input module with Preamp, Envelope Generator, Trig extractor and more. This module has a Black panel.

Sometimes the interaction between a modular system and other musical instruments (electronic or acoustic) is needed. With an envelope follower circuit we can achieve a direct control of the amplitude of the signal.
It will produce a control voltage proportional to the amplitude. Allowing a real communication between our system and the external sound source.

Instrument Interface is an eurorack pre-amp capable to bring any type of audio signal to modular levels thanks to its amplification circuit.
The module can drive regular and condenser microphones (+48V Phantom Powered) as well as Instrument and Line signals with a very low distortion ratio.
Going further from the regular re-amp operation, Instrument Interface offers some additional extra functions like a Trig/Gate extractor and Envelope Follower circuits, allowing you to use the character of your audio signal in more creative ways

We are hiring. thonk.co.uk/jobs or link in bio.

Sale live now! thonk.co.uk We have at the very mi

SALE! We're only a few days from our first store w

In a few weeks we'll have our first store wide sal

Knob restocks! Knobs have been the part most affec

Reposted from @synthux.academy . Anyone who's into 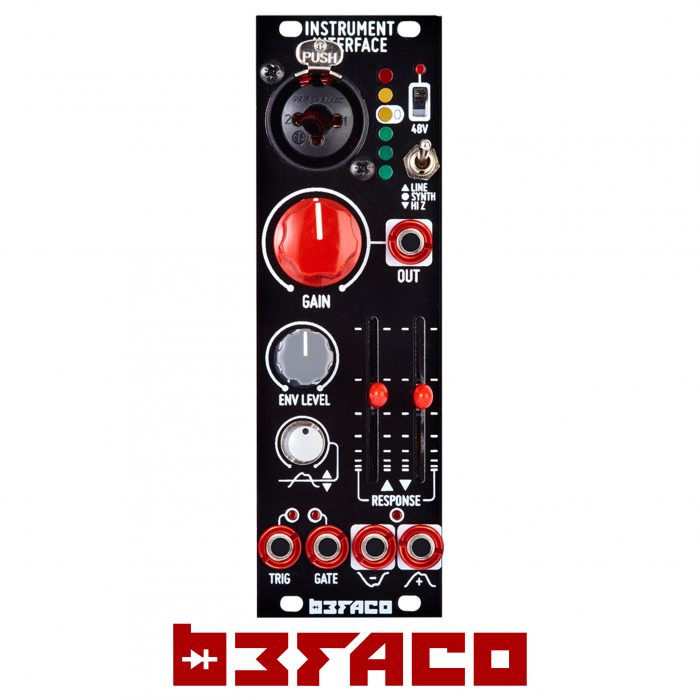