Dynamics is designed to pair with the Dannysound VU Meters Expander

The Dannysound Dynamics is a fully featured Eurorack mono compressor / expander module  with a range of on board controls and features. The module has been designed so that it can be used with another Dynamics module as a stereo pair with the Dannysound VU Meters Expander.

This module was originally designed to focus on drum processing & compression, but in reality can be used for a wide variety of applications. The Dynamics comprises of:

The compressor / expander section uses a discrete transistor-based circuit that allows for soft clipping when overdriven. The envelope detector is known as a feedforward type of circuit; taking its input from the signal before it goes to the compressor rather than after. This type of circuit is known for having fast attack times.

The Sub Bass enhancer has its own compression circuit that “ducks” the initial transient. This allows the sub bass to be increased without distortion on the transient peaks increasing the overall level.

The 3 band EQ is an inductor based LCR design. After trying out various EQ topologies this was the design that sounded the nicest. When overdriven it gives a nice “bite” to the sound and it has a certain characterful charm that’s hard to put into words. The controls have a response that are subtle to begin with and get more pronounced as the controls are increased.

The Harmonic Exciter adds a little distortion to the high frequencies which bring out the sparkle of cymbals or the snap of snare drums. The operating bandwidth can be switched between Low (snare drum snap) or High (Cymbals sparkle).

There are inputs for side chaining and control with an external envelope as well as an envelope out to make the envelope detector output available to drive other modules.

It also features separate inputs and outputs for the Compressor / Expander and EQ sections, so they could be used as 2 separate modules. 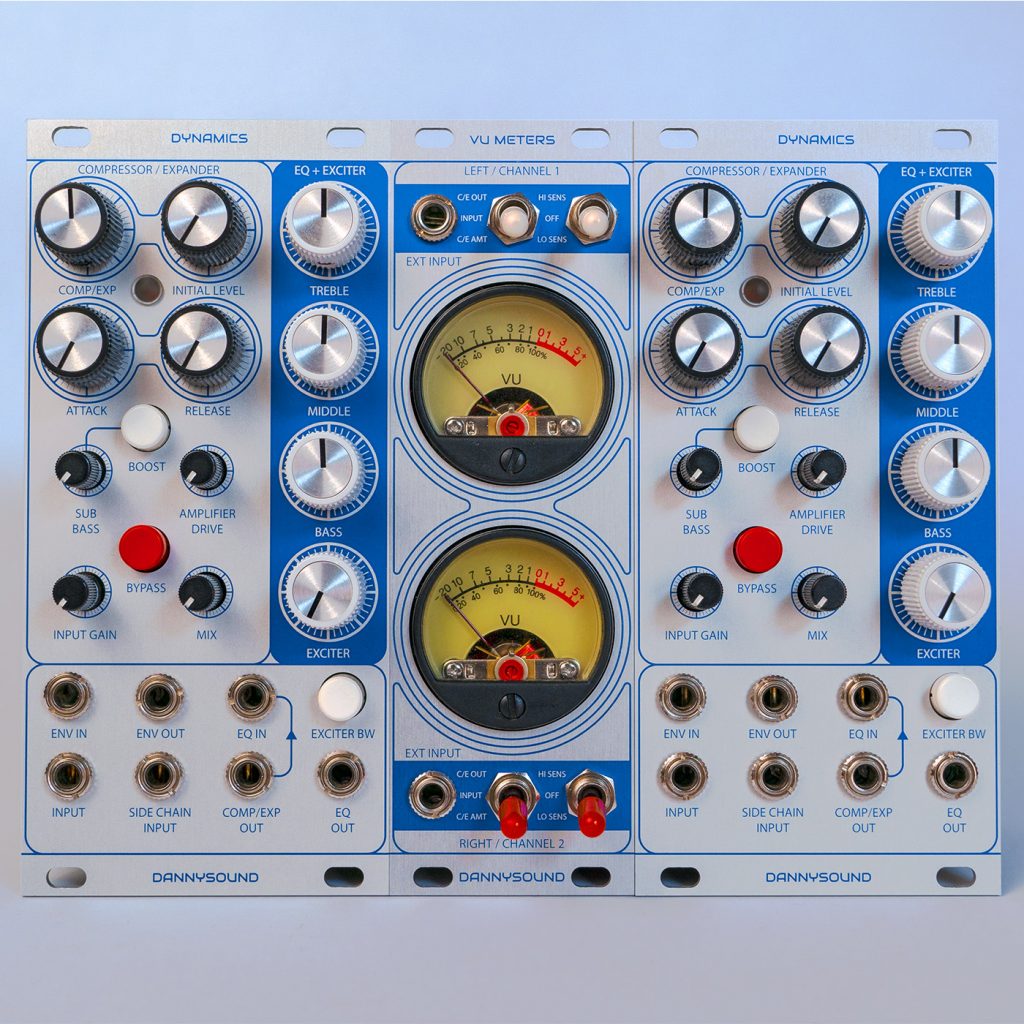 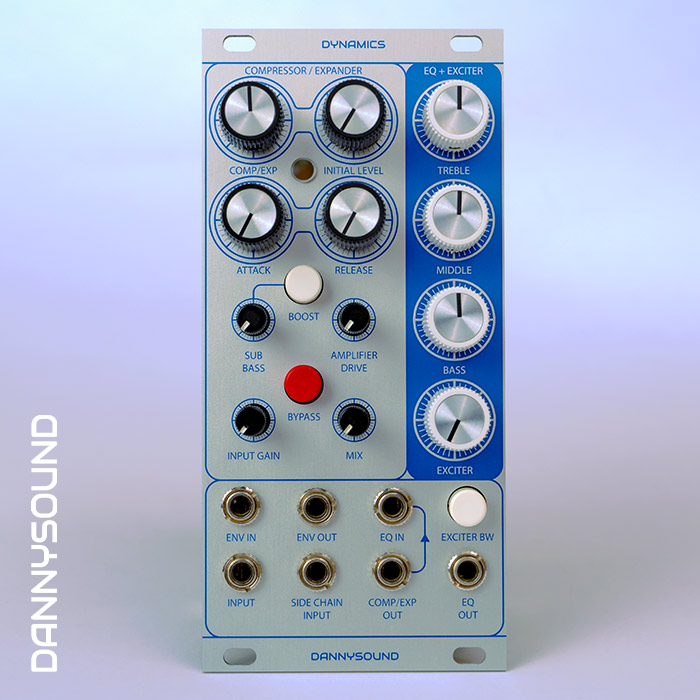