The Timbre is 6HP Eurorack module based on the wavefolder section of the Buchla 259 oscillator as implemented in the Music Easel. The wavefolder adds extra harmonics to input signals that have low harmonic content to creating rich and interesting timbres. Typical input sources to use would be Sine and Triangle waves but you are welcome to try other sources as well! The Dannysound Timbre adds an extra input to the Buchla design  to allow 2 oscillators to drive the wavefolder simultaneously – this dramatically increases the range of possible tones that can be generated and allows the folder to go wild! 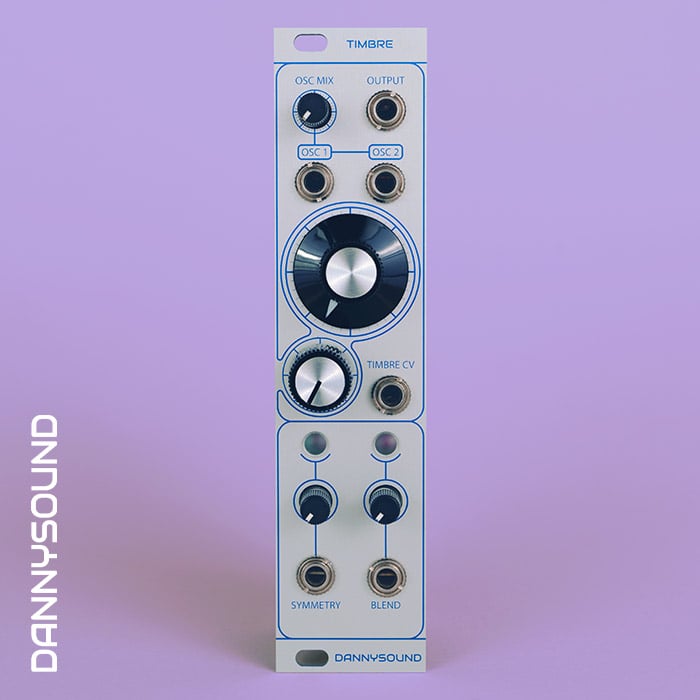