ThermoNuclear is a sub-miniature vacuum tube based overdrive. The first stage is a MOSFET with switchable mu-amp. The second stage is a self-biased sub-miniature pentode with switchable triode/pentode. Then there’s a tonestack based on the EH Big Muff. Finally, there’s a blend control and another MOSFET stage for some gain recovery after the tonestack. ThermoNuclear will crush and destroy your tone with a pleasing warm tubey goodness!

Although the filament of the tube will glow, it’s not a lightbulb, and the level of glow may vary between different tubes.

There are 3 LEDs in this design:

Q: Is this a Valvecaster/Safety Valve variant?

Q: Is the tube fragile?

A: Physically, yes – don’t drop it. Electronically the tube is as strong as a great mountain range which has stood for millions of years against wind, weather, war, plague, pestilence, famine and fascism. 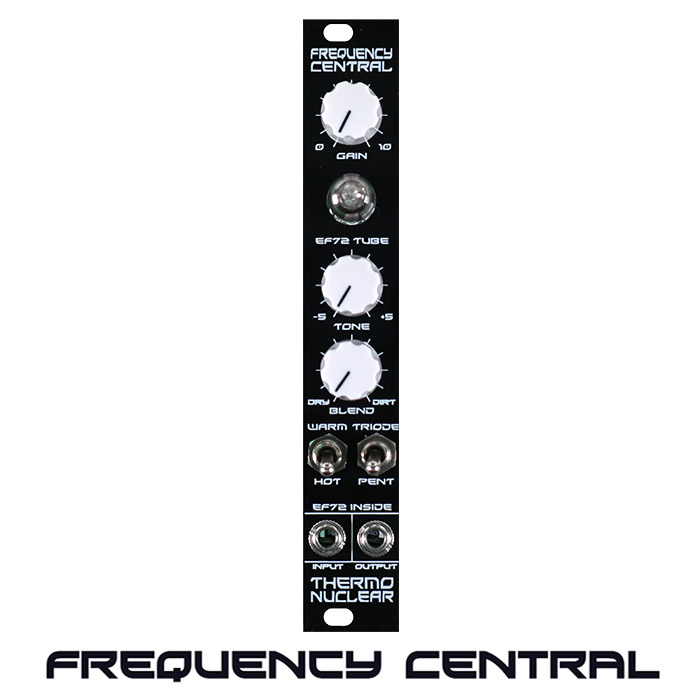