Befaco Burst is a Pingable Trigger Burst generator with distribution, probability and time division control. It will create multiplications of your triggers, leading to doubles, triplets, quintuplets and true polyrhythms for your modular system.

Burst allows you to add voltage controlled retriggering and dynamic ratcheting effects for your patches. In addition, Burst works like a regular clock source and trigger for other modules via its Tempo and End of Cycle outputs. Burst is much more than a basic burst generator in that it doesn’t just create a burst or triggers at a set rate. The module works with clocks or ‘pings’ to set the tempo/timing and then the quality knob and CV select the length of the bursts which multiply in the space. There’s a spacing distribution control to ramp up or down the bursts or keep them evenly spaced. This can give scrape or bouncing ball like sounds that are great for synthesizing realistic percussion sounds. Burst also features CV over probability, tempo divide/multiply and an end of cycle output. The module can also be set to loop and work as a CV-able rhythm generator too. 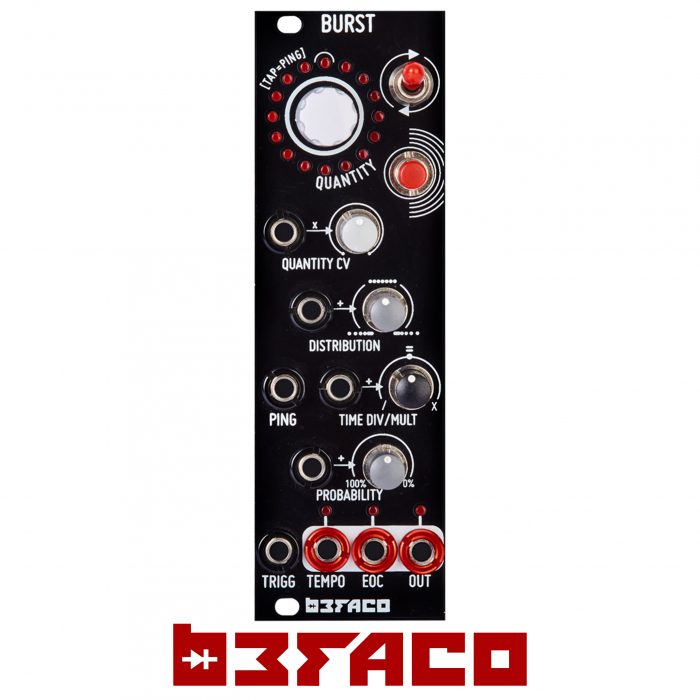