The Befaco InAmp is a dual pre-amplifier featuring 6.35mm jack inputs as well as standard Eurorack 3.5mm sockets. The module has a few bonus features that make it extra useful: Both inputs on each channel are summed together, so it’s also possible to use the InAmp as a kind of input mixer. Also the first input channel is normalled to the second one in series, so it’s possible to have one input going through two stages of amplification, effectively doubling the signal boost. The unit is designed to amplify up to x20 the input signal, allowing you to amplify most music machines out there as well as some guitars (Humbucker-like pickups and such) 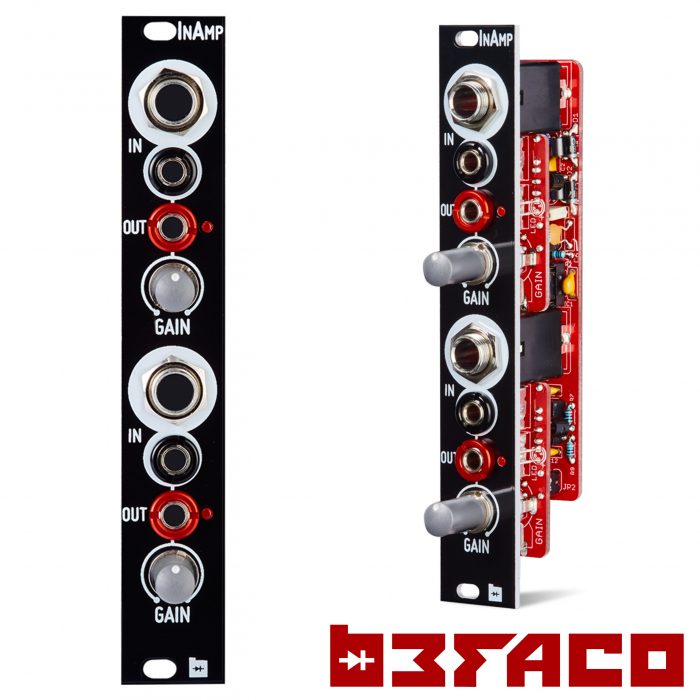