Berlin School is a Eurorack sequencer based around the classic CD4017 Johnson counter chip, under the control of  a 16F1765 PIC which provides a few novel features:

So what can Berlin School do? Well, it’s lots of fun, and far more fully featured than any old Baby 8, courtesy of  being under PIC control. For example:

Berlin School has a 5 octave range (0V to 5V). A fun little feature is that if you’re running a sequence and then transpose it, any notes which end up being transposed above 5V are transposed down by one octave (rather than ‘clipping’ on the ceiling), thus preserving the melody!

All told, this sequencer is hands on, tweakable, and lends itself perfectly to on-the-fly live use courtesy of the variations that are available from the use of the onboard divider, transposition features and quantiser.

Berlin School is named after a genre of electronic music which originated in West Berlin in the 1970s. The sound consists of ambient elements combined with short, evolving sequences. 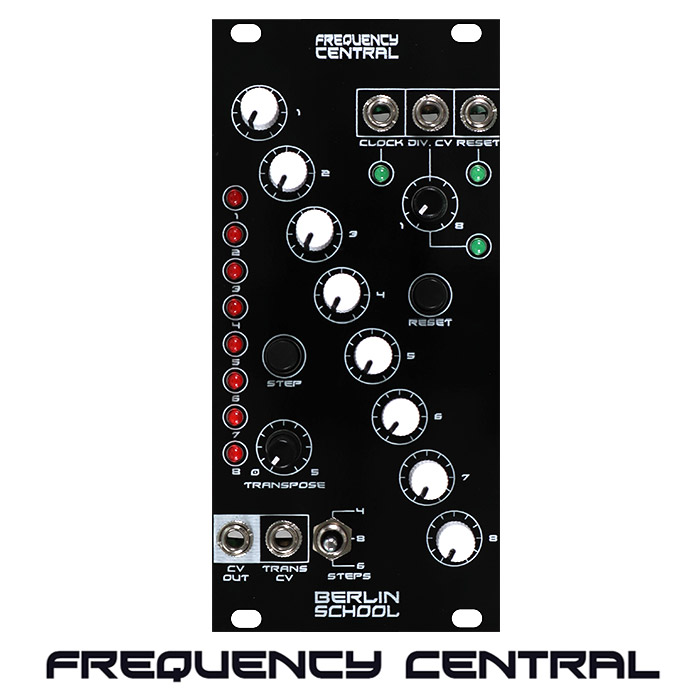