Note: This Panel/PCB set has a wooden frontpanel

The ASR is a Eurorack envelope and LFO in 4hp. In a traditional ADSR envelope, there are separate controls for the Decay and Release time. However, it’s quite common to set the Decay and Release to roughly the same value. This setting gives the decay and release portion of the sound the same time constant, which often sounds natural. In this ASR envelope module, there is a single control (named Release) that sets the time constant of both the decay and release phases.

This simplified design allows for a compact and completely through-hole design on a single PCB. In addition to the usual gate input and envelope out, there is a Loop switch which turns the ASR into a handy LFO with separate rise (Attack) and fall (Release) times.

The envelope has an 8Vp output range, and time constants ranging from a snappy 1.5 ms up to approximately 1s. The traditional logarithmic output curves are a good match with a linear VCA such as the Kassutronics Dual VCA module. 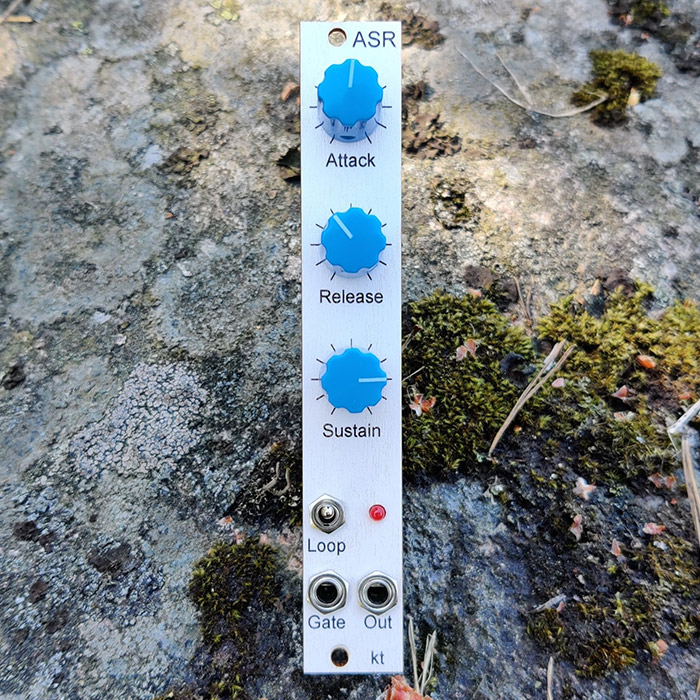 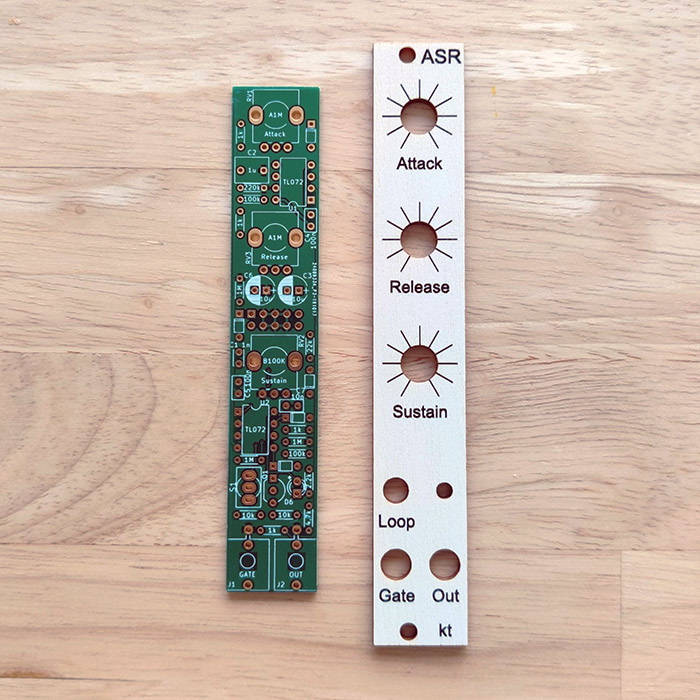