Ephemere is a two-channel, voltage-controlled buffer for recording and playing back CV signals such as LFOs, envelopes, trigger patterns, or sequences. Each independent channel features latching play and record buttons, as well as a stop button that can also function as a panic control. The Play/Reset and Record functions can also be addressed by external clocking signals for synchronized control, rhythmically bringing the Ephemere into step with any patch. Playback speed and playhead starting position can be adjusted manually or with external CV, allowing you to scrub through your control signals with a level of dynamism and flexibility typically reserved for audio signals.

Optimized for recording control voltages, buffers of up to 1014 seconds are possible when running the Ephemere at its lowest sampling rate of 172Hz. Full-spectrum audio signals up to 4 seconds in length can be stored and recalled when clocking the module at 44.1kHz, which means the Ephemere can also function as a two-channel looper or pair of one-shot samplers. When nothing is patched to a channel’s input, the corresponding Input knob can be used to generate manual CV signals which can be recorded and played back.

With an SD card, up to 16GB of storage is available for storing and recalling your control and audio signals, allowing you to save your favorite cuts between sessions. An intuitive OLED display shows the contents of the buffer for the currently selected channel, as well as the playhead position, providing immediate visual feedback.

With its intuitive interface and extensive CV control, the Ephemere provides a performance-ready, powerful tool for recording and manipulating almost any signal in your modular system, from subaural sequences, to audio signals, and everything in between.

Sale live now! thonk.co.uk We have at the very mi

SALE! We're only a few days from our first store w

In a few weeks we'll have our first store wide sal

Knob restocks! Knobs have been the part most affec

Reposted from @synthux.academy . Anyone who's into

Reposted from @theboywhochosethesea Liking having 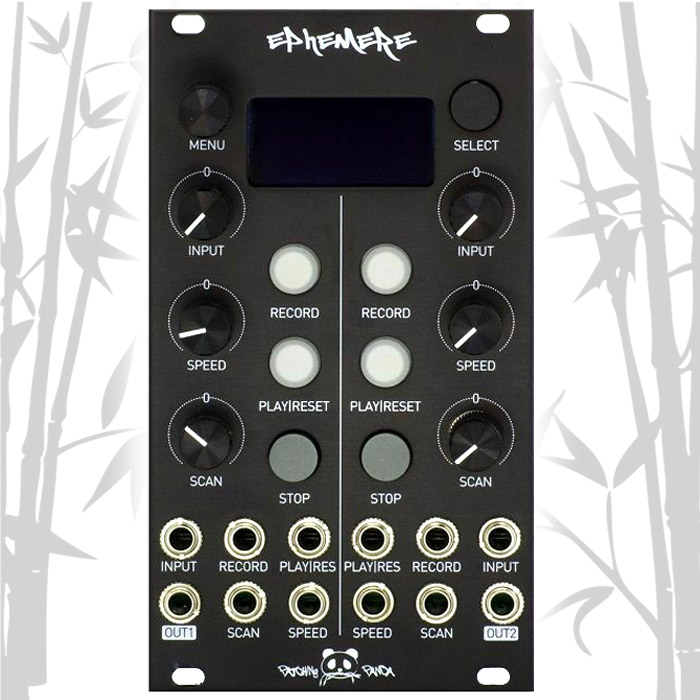