Twins that dance in and out of phase, never completely together but never fully apart, bound to each other in the infinite universe.

Castor & Pollux is a Roland Juno-inspired oscillator. It contains two digitally-controlled analog oscillators implemented using a faithfully modernised version of the original Juno 106 design. Like its inspiration, it can give you that wonderful ‘80s sound with independent and mixed ramp, pulse, and sub outputs. But the twins do not stop there- the second oscillator can be used to layer in thick detuned sounds, harmonically complex hard synced waveforms, or as a fully independent second voice.

The cherry on top is the internal LFO that can apply subtle pitch shifting to the second oscillator. This gives a sound that echos back to the Juno’s legendary chorus while giving the module its own unique voice.

All surface-mount parts are already soldered and the mainboard has been programmed, tested, and calibrated. 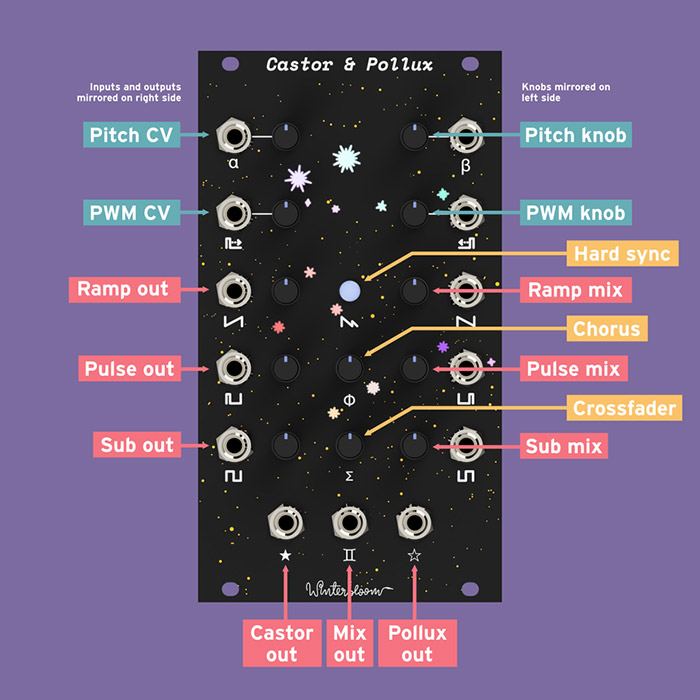 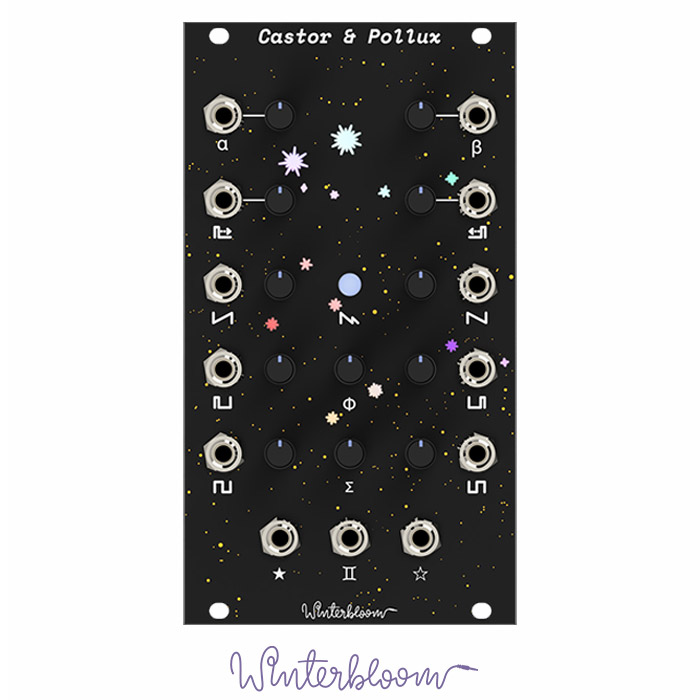