Boom!! is an analogue drum voice with a broad range of percussive applications. This module can be used to create bass drums, toms, blips, zaps and clicks!

The heart of the module is a VCO which is built around one half of a LM13700. The VCO has a HIGH/LOW switch as well as a SWEEP control, which defines its response to the onboard envelope.

The other half of the LM13700 has been carefully crafted into a release envelope generator, which has a FAST/SLOW switch in addition to a RELEASE control. As a bonus, the input of the envelope is velocity sensitive, allowing for a dynamic response.

Additionally, there is an envelope output, which can be used to drive other modules. 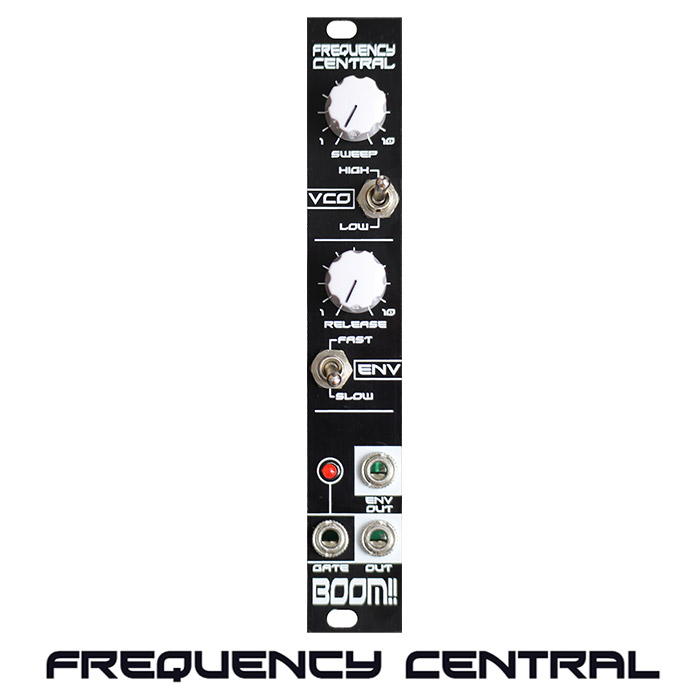